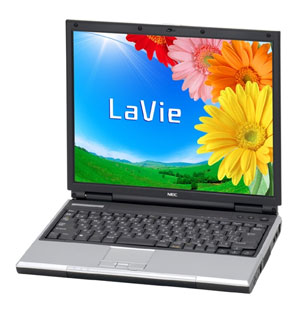 Sure, Apple’s new line of laptops due next year are rumored to be thinner and lighter than their current incarnations, taking advantage of Intel chips, but NEC doesn’t want a rumor—they want to make an announcement. The new NEC LaVie LR700D and LR900D will be powered by Intel’s new-generation Yonah processor, with their graphics running on an Intel Mobile 945 Express. Other than that, very few (actually, next to no) technical specifications have been confirmed.

What we do know about the 2 kg (4.4 lbs.) notebook computers is that there will be a fairly adequate 100GB hard drive, a now standard-issue dual-layer DVD burner (at an unspecified speed, sheesh), and a large-ish 14-inch display running a max resolution of 1400×1050.

The expected launch price is still up in the air, and perhaps more importantly, so is the expected launch date. It does look like it’s either going to be Apple or NEC with the first Yonah-powered laptop, but in this crazy world, who knows what tomorrow’s news may tell us.