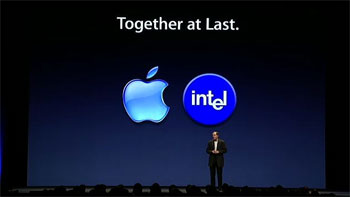 Rumors are abound about the next-generation Apple laptop, especially since they are going to be thinner and lighter thanks to new Intel chips. Jason Tan of the Taipei Times is reporting that Apple Computer plans to launch “light-weight models with a stylish design aimed at luring female users” as early as January or February of next year.

This is in line with previous reports of new 20-25% Powerbooks, though no one knows whether these estrogen-targeted notebooks are going to be Powerbooks, iBooks, or a new line altogether. It is said that the new 12-inch laptop will be 3.3 pounds, a full 1.6 pounds lighter than current 12” iBooks. The 14-incher is expected to be 1.5 pounds less than equivalent iBooks.

Industry experts are expecting Apple’s worldwide notebook market share to grow from 3.9% to 4.7% next year, and these new thinner, lighter laptops are likely going to be a big reason for the rise. Topology analyst Simon Yang said, “Apple’s performance is significant and worth paying attention to.” With the huge success of the iPod and the potential windfall from these rumoured laptops, yes Simon, Apple is definitely grabbing our attention.