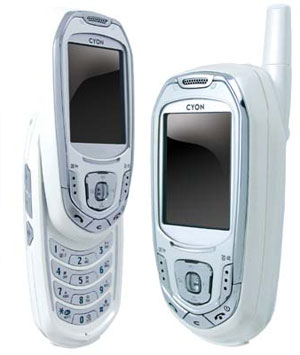 With Qualcomm’s near-monopoly on the CDMA chipset technology, most companies hoping to produce any CDMA mobile phone really have little choice but to turn to the Qualcomm giant. When LG launched the SD280 in late October, they eschewed the usual announcement parties and opted to keep it on the down-low, maybe because it’s a CDMA phone that doesn’t make use of a Qualcomm chipset and they didn’t want to ruffle the giant’s feathers. Indeed, an SK Telecom official was quoted as saying, “We don’t openly advertise the handset because we are concerned about Qualcomm’s response.”

Instead, LG and SK Telecom looked to EoNex, a domestic chipmaker, for the technology that eventually found its way in the LG SD280. EoNex said, “The chip will mark an important turning point in CDMA handset market around the world that has been dominated by Qualcomm for the last 15 years.”

Despite the lack of hullabaloo, sales of the SD280 have been steady and decent, but far from incredible. As of the end of the November, 4950 units have found their way into consumers’ hands. Whether they perform equally to a Qualcomm original is the question on all our minds. But that answer may hurt the big guy.