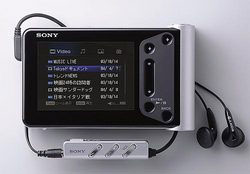 Sony has settled the patent infringement suit that had been filed against them in February of 2002 by Command Audio Corp. of California. At issue were two patents filed by Command pertaining to PVR technology. More specifically, they dealt with the audio contained in TV programs. The patents were filed several years before PVRs even existed.

The terms of the agreement are confidential, but it is known that Sony has made a financial settlement. They also have a royalty-bearing license to use the technology. The agreement is valid worldwide and runs for the life of the patents.

“We are very pleased with this outcome,” said Don Bogue, chairman and CEO of Command Audio. “Our patents are critical to the time-shifting functionality and convenience that millions of TV viewers and radio listeners are demanding. Our license agreement with Sony demonstrates the strength and value of our patents. We expect continued success as we actively protect and license our intellectual property.”

Command Audio is a private company with investors that include Macrovision, Motorola and Texas Instruments. They have 38 patents which they license. This is the first licensing agreement in the PVR field for the company.