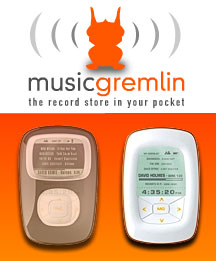 On Wednesday, NYC-based MusicGremlin Inc. announced plans to launch its own wireless digital audio player with integrated, interactive music service at the upcoming Consumer Electronics Show, to be held at Las Vegas in early January 2006.

According to company officials the handheld Wi-Fi player with integrated service offers direct-to-device content delivery and is optimized for use over 802.11b networks.

The player which features an inbuilt “music store” allowing users to download and share audio files, directly through their player and link to another MusicGremlin-enabled devices, either locally or via Internet. The product also includes a Wi-Fi manager which automatically connects it to a Wi-Fi hot spot.

Susan Kevorkian, Program Manager, IDC Consumer Markets, in a statement said “IDC forecasts that the combined portable flash and jukebox MP3 player market will exceed 157 million shipments worldwide in 2009, and a market driver will be the availability of easy-to-access sources of compatible music content, by integrating wireless access into portable devices and combining these products with online services, vendors…can offer flexibility in finding and acquiring services.”

The company has partnered with MusicNet, to offer contents from both major and independent record labels. Currently it offers approx 2 million songs as over-the-air or on-demand downloads.

Users have the option for opting for an unlimited monthly subscription or a separate subscriber service, called Gremlist featuring pre-programmed and commercial-free playlists with contents being regularly refreshed.

MusicGremlin also offers a file sharing service among members which allows users to request access to content from other users’ collections for browsing or downloading.

Though all these features were not enough, the users of MusicGremlin Direct service can access and purchase content, even when they are out of Wi-Fi range, the purchased content is delivered the moment it’s connected to a network. A web-based version of the same service is also available for people who want to access the service through their PC.

The company has plans to work with other companies who want to license their hardware design and embedded software which will allow partners to integrate MusicGremlin features into their own products. The service can be supported on devices such as portable digital media players, home audio devices and mobile phones.

The company which is already licensing its design and software to outside partners hasn’t yet released the pricing details for its branded player, which is expected to hit the streets in 1st quarter of 2006.