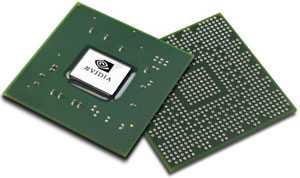 Samsung electronics has announced the mass production of its 900 MHz graphics double data rate 3 (GDDR3) chip, the fastest in the world. The chips which are 50% faster than any other massproduced chips are currently being used in Graphic cards for PCs, workstations and notebooks.

The makers of the graphic cards have welcomed the new chip from Samsung, speaking on the occasion Bryn Young, Director of Marketing and sales, NVIDIA, said “NVIDIA is now shipping the GeForce 7800 GTX 512 graphics card, which some experts have proclaimed the fastest graphics card on the planet, and which benefits greatly from Samsung’s new 900 MHz GDDR3 memory chips, Samsung’s 900 MHz GDDR3 helped NVIDIA achieve the highest memory clock speed of any commercially available graphics processor.”

Mueez Deen, Director of Marketing for Graphics, Mobile and Consumer DRAM, Samsung Semiconductor, Inc, said “We are considerably upping the ante for enriching the imagery for gamers and professionals in the video and graphics industries.”

The market for high- end graphics cards is expected to grow by 42% in 2006 reaching $1.5 billion from $1.1 billion in 2005, according to Mercury Research, a PC component market research firm.