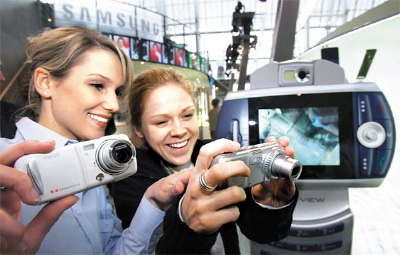 You’re not alone if you think it felt like Samsung Electronics was pumping out a new phone almost every day. It seemed like the latest news out of Korea was always something about a new handset from Samsung. Well, that isn’t that far from the truth, really. Samsung announced Monday that, by their count, they will have launched 164 different mobile phones by the end of this year.

Sure, Korea may have a lion’s share of that figure, with 53 models designed and launched for Samsung’s domestic market, but the rest of the world got a total of 111 models from the cell phone manufacturer.

A large part of Samsung’s success this year—its total sales for the year will exceed 100 million units for the first time in company history—can be safely attributed to Samsung’s aggressive innovation and development. It was the first company to offer an 8-megapixel camera phone, as well as the first to offer a phone with a 3GB hard drive. Look for the company to continue its growth next year, further pushing the industry forward.