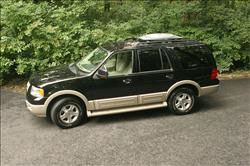 WiFi is the greatest thing in the world. When it is available, that is. When you’re driving around it isn’t so easy to find, especially if you are cruising down the highway somewhere. Enter RaySat. The company brings us the SpeedRay 3000, an enclosed, low profile satellite antenna that attaches to the roof of your car. It sticks up just 5” and gives you in-motion, high speed, two way internet access on the road. You are a rolling hotspot for your laptop, PDA or any other WiFi enabled device.

Sure that’s cool enough, but it gets so much better. Since you have the dish anyway, the SpeedRay 3000 also gives you hundreds of channels of satellite television. Why would you want to watch DVDs in the car when you can watch the DISH network. I may never leave my car again.

Not surprisingly, the SpeedRay 3000 won the 2006 Best of Innovations award. No word from RaySat yet on when it will be available or what it will cost. They do want you to know, though, that you shouldn’t watch the TV while you are driving. Good advice.