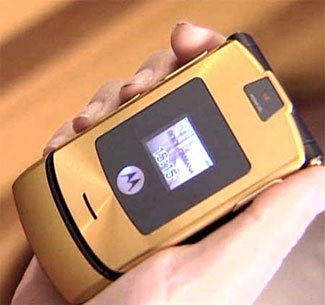 Gold phones are nothing new. The Godfather had one, and so did Andy Warhol. So a golden mobile phone isn’t exactly groundbreaking. It’s still a brilliant idea.

This month, influential design-team Dolce & Gabbana announced they will be selling a limited edition gold-plated version of the Motorola Razr V3i which was launched last month. That’s a serious upgrade from the already sexy Razr line of mobile phones. Call it added bling for your ring.

About 1,000 will be made available to the public, available exclusively through Dolce & Gabbana boutiques worldwide.

No word on price, but because of its limited production run, the price of Dolce & Gabbana fashions, and the fact that the phones are made of gold, you can expect to pay close to one gazillion dollars.