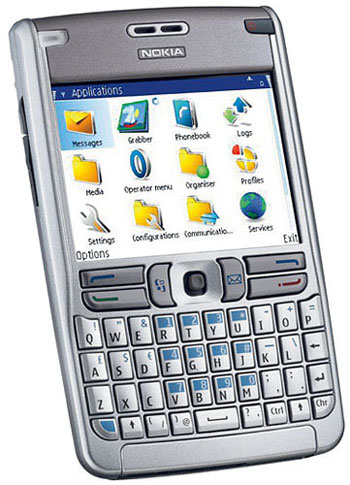 The first impression that most people have of the Nokia E61 is that it looks just like a Blackberry. Teetering in between the realms of a smartphone and a PDA, the E61 runs off of the growing-in-popularity Symbian OS 9.1. The screen is a standard 240×320 landscape, more than adequate for your quick SMS and email needs. All the regular pre-requisites for a device of this nature are there as well, including WiFi, GPRS, EDGE, 3G connectivity, IR, a mini-SD expansion slot, and Bluetooth 1.2. What may be interesting to some though is that the E61 is lacking a camera, making it well placed as a device aimed at business use.

The unit is well-balanced and the build quality is good. The keyboard, placed below the screen as per usual, can be somewhat troublesome at times though — the size and spacing of the keys results in a OKL sometimes when all you want is an K — but considering that most people aren’t going to be composing their memoirs on this thing, it’ll do just fine.