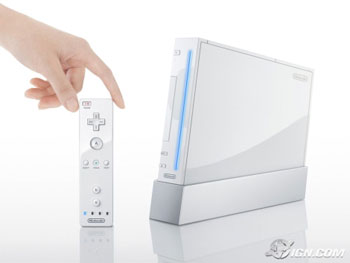 IGN has revealed more information on Nintendo’s next-generation gaming console, from technical details (like RAM and CPU speed) to a proposed price point. Nintendo has always prided itself in not necessarily providing the most powerful machine, but rather focusing on innovating the industry and (pardon the pun) revolutionizing the world of gaming.

An official statement from Nintendo says that the Revolution will take the 24 MBs of 1T-SRAM and 16MBs of D-RAM from the Gamecube, and tack on 64MBs of 1T-SRAM, for a total of 104 MBs. Add to that the 512MBs of Flash RAM that is said to be available from the GPU’s on-board memory. Exact clock rates have not yet been announced, but the Revolution’s Broadway CPU should be an extension of the Gamecube’s Gekko CPU, probably getting two times the processing power.

The actual game discs themselves will not hold the 12GBs suggested by earlier reports. Single layer versions will hold 4.7GBs of data, whereas dual-layer games will be 8.5GBs. Keeping in mind that the Revolution will not play in high-definition, 8.5GBs should be plenty, especially in comparison to the 1.5 GB discs found on the Gamecube.

Nintendo is positioning its next-gen console not as a direct competitor to the much more powerful Xbox 360 and Playstation 3. The Revolution may lack the same horsepower, but the big-N is hoping that through innovative gameplay (making use of the gyroscopic controller), it will be able to capture a big piece of the market. Add to this that the Revolution is set to launch with a price of $149 or lower (some have speculated a price point of $99, substantially less than Xbox 360 or PS3), and Nintendo might just have itself a winner… and not another Virtual Boy.