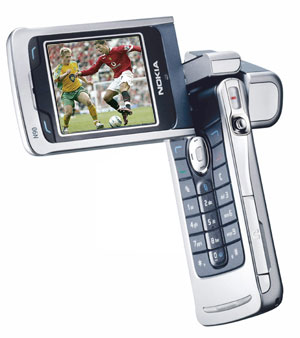 Vodafone will begin broadcasting high-profile mobile TV channels to 3G enabled handsets all of the world this month, including a mix of favourites like Sex and the City and Six Feet Under.

The British telecom corporation announced on Tuesday that its global Mobile TV channels will consist of a range of crowd-pleasing sports, entertainment and documentary programs.

According to research conducted by Vodafone, watching TV on your phone on the go is the perfect complement to watching TV at home on the couch – appealing to people’s spontaneity. But people don’t want to watch just anything, which is why Vodafone is offering well-known TV brands and channels.

“The launch of global Mobile TV is a compelling proposition for our customers”, says Peter Bamford, Vodafone’s CMO. “Attracting world class content providers, such as Twentieth Century Fox Television and HBO ensures the premium quality of this product and underpins our confidence in its widespread adoption.”

Programming will consist of a variety of formats, highlights of which include:
“Sex and the City” and “Six Feet Under” from HBO
Eurosport
MTV
Specially edited for mobile, Seasons 1-4 of “24”, from Twentieth Century Fox Television
UEFA Champions League
Discovery
Fashion TV