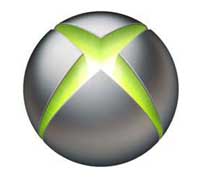 Microsoft is experiencing some early problems with defective Xbox 360s. The main problem is with units over-heating and it’s leaving some gamers hot under the collar, including one Chicago man who is taking the next generation game console-maker to court.

Robert Byers of Chicago Illinois says the problem is with the Xbox 360’s over-sized power supply, causing his console to heat up and shut down. He believes Microsoft’s rush to get the console to market and improper testing combined to create the problem. With the almighty PS3 and other next-gen game consoles looming in the near future, Byers thinks Microsoft was too quick to get Xbox 360 in store.

The suit is seeking unspecified damages, attorney expenses, and replacements or a recall of Xbox 360s.

Xbox 360 has been riddled with early launch problems, more notably with the crash-inducing power supply. However, Microsoft has been quick to say that technical difficulties should only affect about 3% of units sold – an acceptable if not lower than industry average figure. Still, gamers are frustrated. The simple purchase of a launch-grade Xbox 360 has been almost impossible; imagine trying to get a replacement unit.

When asked for comment, Microsoft simply stated that the corporation does not make statements on pending court actions.