Oh, the FCC. Our second favourite source of leaked information only after the patents office. Today they approved the Nokia 6305i slider phone that uses CDMA as its cellular technology of choice. Of course the most important news is that this slider is going to be available on the Verizon network in the US.

Keeners out there will actually know that this phone was on its way since reports and clues surfaced on the ‘net back as early as the summer of this year. They also might know that this is most likely one of the rumored EV-DO Nokias which are actually rebranded phones produced by Pantech/Curitel (SK Tel).

The phone should be coming to the Verizon network in Q1 of next year, but there has yet to be any official announcements made by Verizon or Sprint at this time.

For the spec lovers out there the phone will feature several high end qualities:

But other features like Bluetooth, removable memory and no support for MP3’s may hurt his phone’s geek-status. AAC’s are supported just for the record.

You can find out all the gory details from this BREW data sheet from Qualcomm (dated November 23, 2004?!). 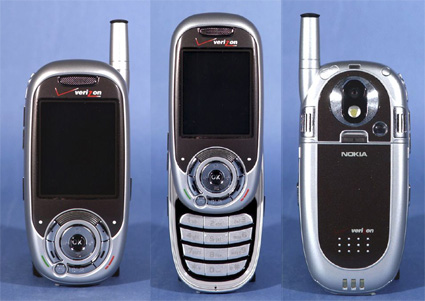