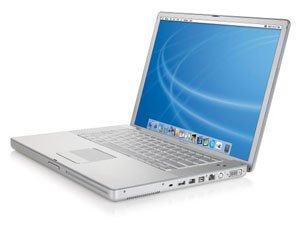 On Wednesday, Citigroup said that the first laptop featuring Intel chips from Apple computers could hit the streets as early as January. Citigroup further said that it may drive the earnings of Apple higher, riding on the success of its video iPods and new developments.

Owing to the recent developments, Richard Gardner analyst with Citigroup raised his earning forecast for next 2 years, he also raised the target for Apple’s stock price from $51 to $71. For the year 2006 he upped his revenue forecast from 17.6 to 20.4 and EPS from $1.72 to $2.16, for year 2007 his revised estimates are revenue of $24.3 billion, EPS of $2.61 against his earlier estimate of $19.6 billion and $1.93 respectively. Gardner had also upped his revenue estimates and EPS for the current quarter, the new figures are revenue of $5.5 billion and EPS of 60 cent against his earlier forecast of $4.8 billion and EPS of 47 cents.

In a note sent out to its clients Gardner said, “We are becoming more convinced that Apple will introduce its first Intel-based PowerBook at Macworld San Francisco (Jan. 9 to 13).”

He further said that product innovations from Apple can be earlier than expected, as it will help minimize the risk involved with Apple ending up with a stock current line of non-Intel laptops as customers anticipate the arrival of the new models.