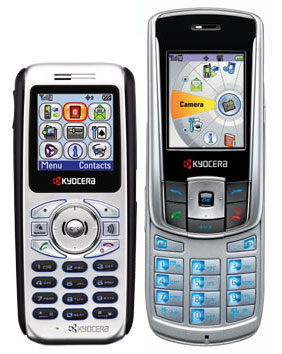 U.S. Cellular customers can rejoice, the company has added four new Kyocera handsets to their available range of handsets just in time for the holidays. That is if you like simple, affordable phones. There is the Candid, two versions of the Milan and the Dorado.

The Candid, or KX16, is a clamshell with a VGA camera with flash and digital zoom. It is a speakerphone with all the features you would expect, but none that would surprise you. It weighs 3.9 ounces and has 3.5 of talk time on a single charge.

The Milan is for no frills affordability. The KX9C has a 65,000 color screen, while the KX9B does not. They feature the typical productivity tools, but not much else. They both weigh 3.5 ounces.

Finally, the Dorado KX13 is a slim bar-style phone. It has a built-in LED flashlight and a color display. It too, is a speakerphone with 3.8 hours of battery life while talking. It has predictive text-entry software.

The descriptions are pretty slim for these phones because there isn’t much to describe. They won’t blow anyone away, but they will serve a purpose and they certainly won’t break the bank. The phones are available now, surely with a wide range of plans.