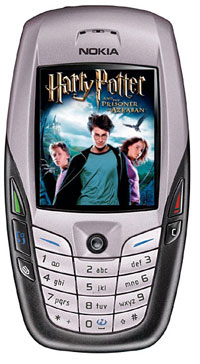 Actimagine has developed a new video codec and DRM solution that will be able to deliver full length movies to video-capable cell phones. The new technology compresses the movie with high quality visuals and sound, onto a 128 MB memory card. Actimagine’s display software doesn’t eat up that much battery life, and thus is a great solution for mobile phones. Currently available smart phones can show more than 6.5 hours of full screen video using Actimagine’s software.

Actimagine’s solution can be used on many mobile devices, ranging from PDAs to mobile phones. Thus far, the software has been developed for Series 60, UIQ, Windows Mobile, and PocketPC operating systems. Movie studios worried about losing a piece of their millions, need not. “The combination of a high-performance video compression technology with a strong DRM system gives a clear signal to professionals that it’s now possible to release their valuable content on portable, non-spinning medias.” said Yann VIOT, Vice President Marketing of Actimagine.

The video codec is already being used in the United Kingdom. Such Sony features as Spiderman 2 and Monty Python and the Holy Grail were made available—with DRM protection—in June. This month also saw the release of Stuart Little, Ghostbusters and Hitch.

Look for a demonstration of Actimagine’s solution at the CES 2006 in Las Vegas, and the 3GSM World Congress in Barcelona, Spain.