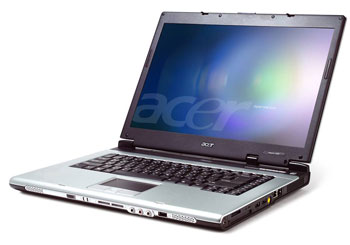 Acer America Corporation may only be the fourth biggest manufacturer of notebook PCs in the world, but they have become the biggest provider of notebooks in Canada. The third quarter of 2005 is the first time that they have accomplished this milestone. To do it, they saw sales grow an incredible 303% year over year. They now own a 21.8% market share in Canada.

Canada is the 13th country in which Acer has reached number one. The other twelve are all in Europe. Acer has been the leading provider in all of Western Europe for the past six quarters.

“We are excited with the growth that we posted during the third quarter 2005 in the Canadian notebook market,” said Rudi Schmidleithner, president, Acer America Corporation. “Our execution during the quarter allowed us to further strengthen our relationships with both the channel and our retail partners. Although we still have a long way to go, this growth indicates great things to come for Acer and further reinforces Acer’s 100% channel focused model is a driving force in the industry and across every geography.”

Acer is the only manufacturer to exclusively distribute through channel partners instead of a direct sales organization. The approach is allowing it to successfully build share. In the companies 21 year history they have sold more than 50 million computers in more than 100 countries. 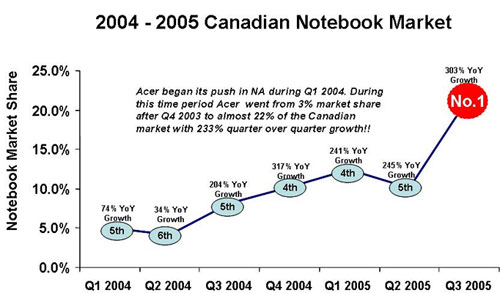