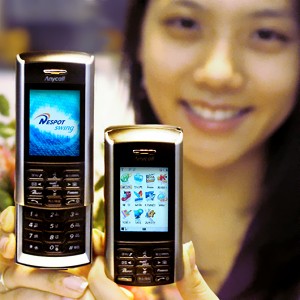 New from Samsung Korea, the SPH-V6800 Multi-Media Wi-Fi enabled handset. Form, function and so far, only available in Korea.

Early pricing starts at about $477 USD and at this point is only available from Korean “Have a Good Time!” mobile communications provider KTF.