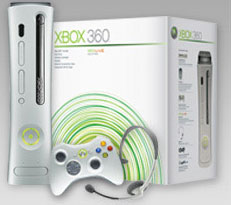 Microsoft officials may have been maintaining a brave front that the retail price of its new Xbox 360 game console is covering the production costs and that it is not bleeding they company, but findings of two different market researchers dent a hole in this claim.

Another research findings presented by iSuppli Corp. deals with Xbox 360 premium edition, where Microsoft is projected to be incurring greater losses. The product is being sold at $399.99 but according to iSuppli, its production cost is in the range of $525.

Owing to a large differential between the production cost and retail price, some of the component providers are also likely to take a hit. But Microsoft is not conceding the ground and is hopeful that the production cost of all editions of Xbox will come down with an increase in the production volume. Analysts will keenly watch whether it really happens or not.