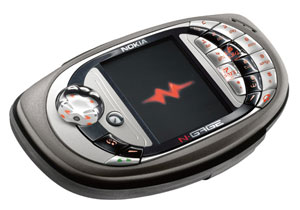 Since its launch in 2003, the Nokia N-Gage has been met with very limited success. Well, the mobile phone maker has decided that it will not be working on any new versions of the gaming phone until at least 2007.

The N-Gage has only sold two million units thus far, falling well short of Nokia’s goal of six million. They will continue making the current incarnation, particularly aimed at the Chinese and Indian markets.

“N-Gage is still being sold but it was not a success in the sense of developing a new category,” according to Nokia’s VP for corporate strategy, Antti Vasara.

That’s not to say that they’re ignoring games on their new phones completely. “We learnt that people want to play games on all devices. As such we are integrating the gaming software into Series 60 phones.”

Nokia will be shifting its focus from mobile gaming to two currently more popular trends: mobile music, and most recently, mobile television. Look for some new innovations next year from one of the world’s largest mobile phone manufacturers.