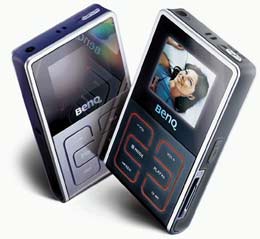 This is not going to be the last time we hear about a company making this decision. BenQ is pulling its Joybee line of MP3 players from the Korean market. The decision hasn’t been officially announced yet by the company, but it has been reported by retailers. The main reason given for the withdrawal is the company’s inability to compete with the iPod. They are not the first company to concede defeat. Rio and Olympus have also withdrawn their MP3 players from the Korean market. ViewSonic is the one company bucking the trend. They are preparing to release their own line of players in Korea next month.

BenQ hasn’t given up the MP3 player business entirely. Instead, they are apparently moving into phones with MP3 players, likely hoping that they can do better if they aren’t in direct competition with Apple. You can bet that BenQ is hoping that the rumors of an iPhone aren’t true or they could be in real trouble.