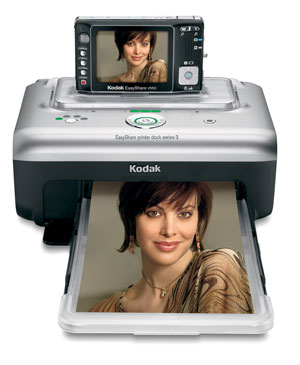 Eastman Kodak retains its lead in the US digital camera market. For the July to September period, digital camera shipments to the US reached 5.6 million, up almost 13% compared to a year earlier. Of this figure, Kodak shipped 1.25 million digital camera units, up 21% from third quarter sales a year earlier. Its market share also increased to 21.3% from 19.8% too according to research firm IDC. How’s that for a Kodak moment?

Tied at second position are Canon and Sony with 1 million digital camera units shipped each, and a 17.7% US market share. Sony held the top position last year with a 20% market share but that hold slipped this year. On the other hand, Canon increased its share from just 16% last year.

Still, there’s much for Kodak to do because on the worldwide scale, it is ranked No. 3 behind Sony and Canon.