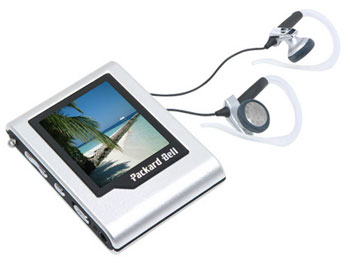 Packard Bell is still around, and now they have decided to enter into the ever-lucrative digital audio and video player market with their new AudioStar MP3 player. The tiny 49 gram player comes with 1GB of memory, and features a 1.8 inch colour LCD screen capable of displaying your favourite photos and playing back your tiny videos. The thing that sucks is the video playback feature only kicks in if you convert your files to Packard Bell’s propriety ‘MTV’ format. All the usual specs, like voice recording and the ability to play DRM WMA files, also apply. The battery gives off a mediocre 10 hours of juice.

Coming from a company that went bankrupt ages ago, got bought out by NEC, and has returned with some limited success overseas, it’s interesting that Packard Bell would decide to launch a DAP that seems to want to compete with Samsung’s YP-T7JZ, IRiver’s U10, or even the iPod nano but uses proprietary software. It looks like the same masterminds are still at work over there.

The AudioStar can be had for $190 USD, no North American availability mentioned on their website.