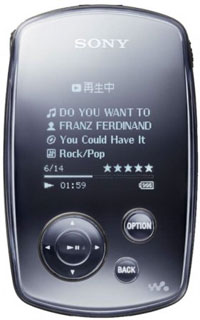 Not content with dominating our continent, now Apple is taking over Japan. For the first time, the iPod has moved ahead of Sony players to become the number one seller in Japan. iPods were lagging behind Japanese-made Sony players until July. In that month, the iTunes Japan store was launched. In just four days they sold more than a million downloads. There are 20 regional iTunes stores, but none has hit a million sales that fast. Apple believes that the explosion of iTunes fueled the success of iPod sales. The immediate success of iTunes Japan was doubted by analysts because of the uniqueness of the Japanese market.

On the heels of the success of iTunes in Japan, Yahoo! launched a Yahoo! Music Unlimited Japanese edition in August. Napster will be joining the fray next year in a partnership with Tower Records Japan.