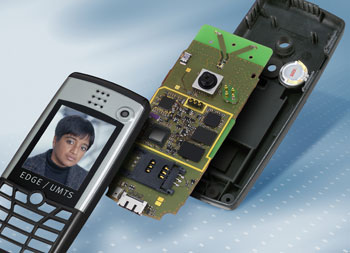 Although WCDMA phones are widely recognized as generally high-quality high-end mobile phones, the production time and cost has often turned manufacturers the other way. Until today, Infineon, a leader in the semiconductor industry, has announced the creation of a new reference design platform that cuts production costs by a full 30%. Moreover, the 14-month development period of any given phone should also be reduced by 30%.

This new technology, the MP-EU 3G multimedia platform, cuts the number of handset components in half, bringing it down to 200. This allows for seamless integration of video streaming, video telephony, and other major WCDMA services. The platform can run and support features such as Bluetooth, WLAN, and 2.0 MP cameras without the need to implement application processors.

The first handset maker to take advantage of Infineon’s MP-EU platform will likely be LG Electronics. Clemens Jargon, VP of BU Feature Phone at Infineon, says that he expects the first MP-EU mobile phones to hit stores in the first half of next year.