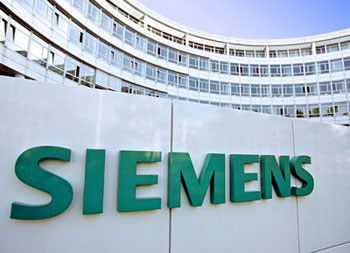 Siemens is prepared to invest hundreds of millions of euros in Asia this year in an attempt to surpass Nokia as the number two supplier of mobile gear worldwide, the German telecom supplier announced today.

In a news release Tuesday, Christopher Caselitz, president of Siemens mobile networks division, announced: “This fiscal year alone, [Siemens] will be investing triple-digit millions of euros in Asia, including funding for research and development in the field of mobile network technology.”

According to Gartner Research, Siemens ranked third in 2004 with 13% of the market. Second place was held by Nokia with 14%. And industry giant Ericsson held first place with 27% and maintains this position today. The fourth place spot was occupied by Motorola Inc. whose worth was estimated at $49 billion last year – expected to rise to 10% in 2005.

“We want to be number-two on the world market for mobile communication technology,” added Caselitz, “and are well on our way towards achieving our goal,”

Siemens expects Asia to be a key growth engine for wireless mobile, as many of the region’s carriers conduct dated 3G (third generation) mobile networks.

Siemens will also expand alliances in the region, naming Poson in China and Infocomm Development Authority in Singapore as new partners.