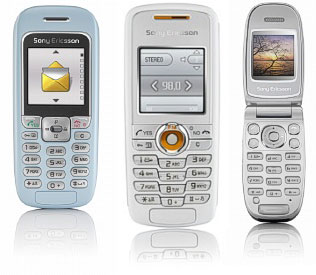 Sony Ericsson is reaching out to other potentially profitable markets by launching three new entry-level phones, namely the J220, J230 and the Z300. The J230 handset is equipped with a radio, while the Z300 unit sports a clamshell design with external LCD and clock. The new phones are part of Sony Ericsson’s efforts to increase their portfolio beyond high-end handsets.

The move seems to be the right thing to do considering that there seems to be a great demand for entry-level phones in emerging markets. So will this bring further profitability to Sony Ericsson? Some analysts say that in bringing to market cheaper handsets, the firm should balance profitability with volumes.

“So far, no one apart from Nokia has shown that you can produce cheaper phones with high profitability,” according to Ohman analyst Helena Nordman-Knutson.

But then again, another analyst states that if Sony Ericsson has a good deal with a contract manufacturer, then the firm can possibly produce a reasonable sales margin.