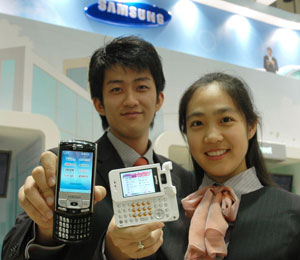 The APEC (Asia Pacific Economic Cooperation) conference takes place this week in Busan, South Korea. Next door to the forum, at the IT Exhibition in the Busan Exhibition and Convention Centre (BEXCO), Samsung will demonstrate its new WiBro service, along with new devices that make use of it.

WiBro (Wireless Broadband) offers a transfer speed of up to 50 Mbit/s, for those of us seeking a broadband connection while on the move. Indeed, representatives over at Samsung are saying the service is stable even when traveling at up to 120 km/h. By making use of Samsung’s new H1000 WiBro mobile phone, M8000 WiBro PDA, or a WiBro laptop interface card, users can take advantage of wireless high-speed Internet, VoIP services, full streaming video, and much more.

Launching early next year, this service, a precursor to Mobile WiMAX, will be made available only in Korea. Plans for its implementation in the North American market have not yet been confirmed, but Intel is pushing for its own WiMAX wireless broadband technology and thus is in direct competition with the Samsung’s WiBro solution. 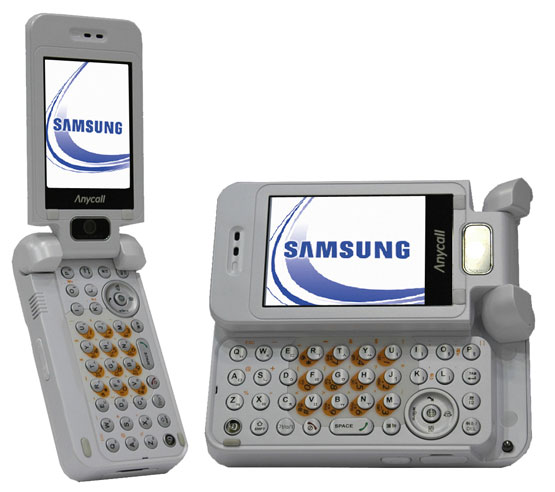