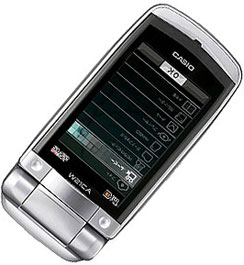 Casio Computer is having talks with leading US mobile carriers, their goal is to them with cutting edge 3G mobile phones. They are also in discussions with Best Buy to acquire shelf space for its digital cameras. These are some mad efforts to penetrate the US market. As it is, North American sales make up 10% of overall sales.

Although the US mobile carriers have not been identified, it is seen that Casio will not have a hard time pushing its 3G mobile units which have received high marks. The Casio mobile phones, which are waterproof and shock-resistant, comprise over a fifth of overall sales for the firm.

The potential deal with Best Buy for shelf space for its digital cameras is definitely seen as a good sign for Casio as well. The firm’s share in the US digital camera market is currently less than 5% so there is room for growth.

Casio claims to stay ahead of the rest because it is dedicated to launching new product models with new technologies. “Every half year you have to market a new model with new technologies… If you fall behind in this schedule, you will lose,” according to Casio President Kazuo Kashio.