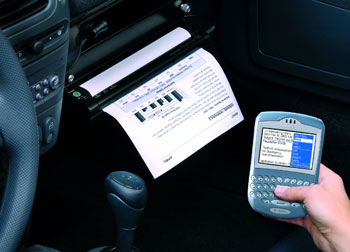 Is it just me, or is everyone picking on Research In Motion, the makers of BlackBerry, these days? Not only are they stuck in the courts fighting for their lives, but now Microsoft and Nokia aren’t playing nice. RIM dominates the wireless e-mail market, but the two companies are giving away software in an attempt to get a share of the market.

There are about 650 million corporate e-mail accounts in the world. 1% of those are forwarded to a mobile device, more than half to a BlackBerry. “Most of those 650 million will be mobilized within the next three years,” predicts Scott Cooper, a Nokia vice president. The dramatic increase in the size of the market is fueling the new competition.

Currently, businesses using BlackBerry must pay for a server, pay more for additional users and then pay a monthly fee per user. Nokia is offering a less expensive server. Once the server is in place, an unlimited number of users can be supported at no extra cost. Nokia is willing to forgo profit on server sales because of the increase in the sales of devices to read wireless e-mails.

Microsoft is providing free upgrades of Exchange Server 2003 for Outlook which allows the server to push messages to devices running Windows Mobile 5.0 for no additional cost. The benefit to Microsoft is in the increased licensing of the operating system to manufacturers.

Some analysts are concerned about the position of RIM in the face of threats from these companies and others unconcerned by the short-term economics of practically giving something away. Makes you think of Netscape, doesn’t it?