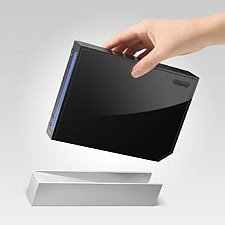 Ever since the Tokyo Game Show in September, where Nintendo President Satoru Iwata revealed the Revolution’s cutting-edge controller with gyroscopic technology, industry experts and avid gamers alike have been itching to know when the next-generation game console will hit the market. Well, it’s been announced that the company is planning a simultaneous worldwide launch date. The Revolution will find itself on European, Japanese and American shelves on the same date… the actual date itself, however, is still as unconfirmed, but according to Iwata, it will definitely not be during the current fiscal year which ends in March.

SPOnG News is predicting a June 2006 release, meaning Nintendo may again be the last one to join the party—the Xbox 360 is less than a month away and the PS3 is rumoured to hit shelves in March. If what happened with the earlier releases of Microsoft’s Xbox and Sony’s Playstation 2 is any indication, this decision may prove to be a critical mistake: Both the Xbox and Playstation 2 have substantially outsold the Gamecube, and Nintendo cannot afford a repeat performance.

Following in the footsteps of the Super Nintendo, Nintendo 64 and Gamecube, a $200 USD launch price for the Revolution is expected. With the Xbox 360 and PS3 both having heftier price tags, many may find the Revolution an affordable alternative.