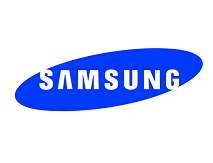 Samsung may be a distant and non-threatening competitor to Apple and their iPod with the Yepp line of flash-based mp3 players, but the Korean company is ready to elevate the battle to a whole new level. Earlier this year, Samsung announced it would be breaking into the HDD player market with the goal of becoming one of the 3 largest manufacturers of devices taking a 20-30 percent global market share by 2007. Now they have announced that they are working to launch their own iTunes-like music download service. Though details are scarce at this point, they are determined to provide a service that is easy to use and affordable.

The biggest opportunity that Samsung has identified is in China and Southeast Asia, their devices enjoy relative sales success and where iTunes service is not available.

Though the 1.7 million Yepp units sold last year pales in comparison to iPod sales, Samsung feels comfortable challenging Apples market dominance. They feel strength in the size of their company and the relatively small reliance they have on the mp3 segment for the financial health of their company. They also have a large research and development facility dedicated to the development of digital products.