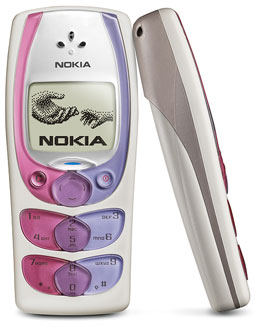 Nokia Wednesday launched four new handsets based on CDMA technology. Two models are targeted to emerging markets and are lower priced, whereas the other two models falls in the mid price range. Although no pricing details are available from Nokia, with mobile operators often bundling the cost of the handset in the package offered they should be very affordable.

According to a company statement released in Brazil, the low priced 1255 and 2355 phones boasts of features not usually available on low-end handsets.

The 1255 features include a two-way hands-free speakerphone, voice recorder, up to 4 hours of talk time and an impressive standby time of 10 days. The 2355 supports a flip-style design, color screen, FM radio and a flashlight. These two models are expected to hit the streets in the first quarter of 2006.

The two mid-range handsets, the 2855 and 6165, feature Bluetooth short-range radio links and can stream audio and video. The 6165 will come equipped with a 1-megapixel camera.

These two models are expected to hit the streets in the first half of 2006.