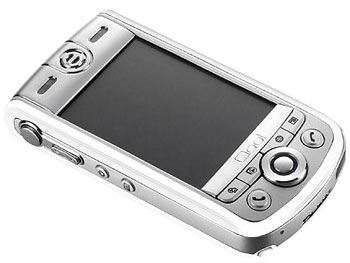 Singapore-based Qool Labs seems to be all set to wow the world with their new Windows Mobile 2003 SE smartphone. After the recent release of Palm’s windows mobile-based Treo, the QDA Oh is the second product which is based on the Microsoft OS. This will also be the second smartphone offering from Qool Labs after the QDA 700 which has been received well by consumers.

According to company officials, the chief calling cards of the new smartphone are its multimedia functions. The phone boasts of a 1.3-megapixel camera, 3D gaming support, 30 frames-per-second (fps) video recording as well as miniSD expansion slot. Also equipped with the expected Bluetooth capabilities, an advanced 18-bit color screen, 128MB ROM and a high-speed processor.

The first lot of QDA Oh will, however, comprise the second edition OS of Windows Mobile 2003. The latest Windows Mobile 5.0 is likely to be added in the later batches of the QDA Oh. The handheld measures just 112.8 x 55 x 23.9mm and has an internal antenna.