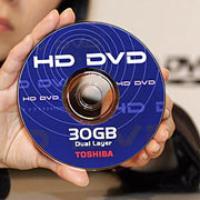 Blu-ray DVD vs. HD DVD – the issue has already divided global disk giants into two camps, and untill recently there was no sign of a truce between them. But now, a little hope of both sides meeting on a middle ground of détente has emerged with Hewlett Packard (HP) asking the Blu-ray Disc Association to add software that will facilitate its Blu-ray DVD to have similar specifications to that of HD DVD.

HP’s initiative is being seen as a significant development to patch up the differences between the promoters of two technologies, it is expected to facilitate end users to make use of both kinds of discs when these disks start shipping next month. By finding a common utility ground by adding interactive features to HD DVD, like adding the latest movie trailers, HP is also offering the crucial cost effective options to movie studios who may not want to spend extra bucks in making their promotional products compatible to both kinds of discs separately.

The DVD war has witnessed many twists in the recent months, with leading companies like Microsoft and Intel publicly announcing on September 27 that they are changing their neutral stance to support HD DVD. But at the same time, Microsoft has not completely switched over to the Blue-ray side till date. Another significant twist in the tale has been a recent threat by Chinese HD DVD manufacturers, saying they will indulge in a mass scale cheap production of these discs from the next year. And today nobody in the world can afford to take them lightly. HP’s latest offer could become a turning point in settling the crucial tiff for technology specifications over the next-gen DVD.