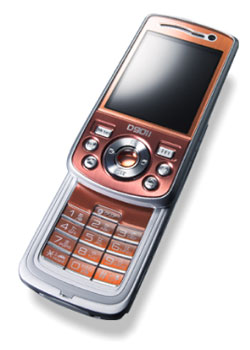 On Wednesday NTT DoCoMo, Japan’s largest mobile operator launched a new generation of phones with walkie-talkie, a feature that was first made popular in United States.

In a press release NTT DoCoMo said that its winter lineup will include six 3G (third-generation) phones with the function known as “push-to-talk”, which will allow users to talk to a group of people at the same time with the push of a button rather than dialing a phone number. Dubbed as “Push Talk” DoCoMo plans to aggressively sell this service to both consumers and business users.

This technology is being seen as a major revenue earning opportunity by Telecom operators worldwide in an increasingly competitive market. It can be vouched by the fact that this technology has helped Nextel, a major mobile operator in the US to gain a loyal base of business customers and also to clock one of the U.S. industry’s highest average revenues per user.

In the coming months this segment will witness some fierce competition between various operators as both KDDI Corp. and Vodafone K.K., Japan’s No. 2 and No. 3 mobile operators, are also expected to launch phones with push-to-talk technology.

The new service is going to cost you 5 yen per “push”. Heavy users can opt for all-you-can-use plan for 1,000 yen per month. The other option is to opt for an upgraded plan which costs 2,000 yen per month and allows you to speak to up to 20 people at the same time.

The coming holiday season of X’mas and New Year is going to witness a slew of new 3G phones with this technology, as models from NEC Corp., Matsushita Electric Industrial and Mitsubishi Electric Corp., will be launched.

As far as the price is concerned there is no definitive comment from DoCoMo, but the handset is expected to be in the range of 30,000 yen in line with its new 3G phones in the past.