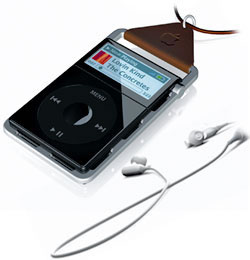 The stupendous success of its series of Ipods seems to have elevated Apple Computers to that enviable position where the company has to remain permanently in the spotlight and has to exist with numerous speculative theories on its proposed moves in the future.

According to the latest theory, Apple computers is now seeking a US trademark patent on the term “Vingle”. As per the rumor the patent filing describes the term “Vingle” as a portable audio/video device which streams content from the web much on the lines of iPod. The critical difference is that this new device will also function as a gateway for social networking, information, and entertainment services. If this happens, this would certainly mean a landmark development in the field of communication technology.

But so far, Apple Computers has chosen to stay mum on this speculated new infotainment service while industry observers are eagerly waiting for a clear response from it.