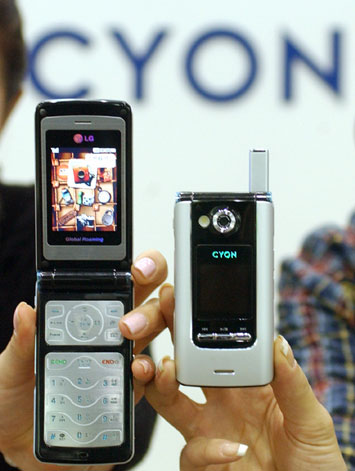 LG Electronics has come out with a ‘Global Roaming phone’, the LG-KW9200 Cyon mobile handset. This Roaming phone supports CDMA in America, Asia, Europe and Africa, also GSM. Both systems are also perfectly compatible at the same time.

Specially, this phone has been developed with PCS which allows PCS users, who are not able to use a cell phone in foreign countries, use their cell phone internationally without changing their existing number. If for example you plan to trip to Germany for the World Cup in 2006, you can use this Cell phone on German networks right away without exchanging anything.

The Global Roaming phone is equipped with Text to Speech (TTS) function; enabling you to speak out text massages, schedule and the sender’s phone number or name with Voice. It also has an embedded Dictionary and currency conversion useful in foreign countries.

The LG-KW9200 has also adopted 1.3 megapixel camera and Flat Metal Keypad, different than existing button styles. This phone is due out mid September in this year to all markets.