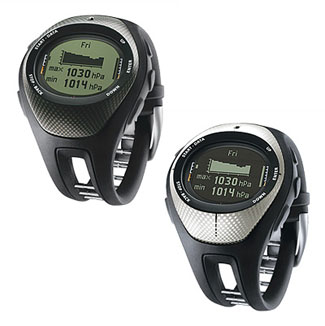 Finnish sports precision equipment giant Suunto has unveiled a novel product which is a boon for sports and wildlife enthusiasts. Backcountry navigation will never be the same again. Until now, getting a GPS to work intelligently on your wrist has been pretty hard. However, it appears Suunto might have just figured things out. The X9i has a 3D compass and can track your location down to 3 feet. No on-screen map though.

It’s no bigger than a silver dollar. The wrist worn Suunto X9i is smaller, lighter and more convenient to carry and use than a conventional GPS device. Compatible with National Geographic TOPO! Software as well, and other digital mapping services worldwide, the Suunto X9i plugs into your home PC allowing backcountry enthusiasts to plan, download and analyze trips.

The wristwatch also records waypoints and routes for uploading to TOPO! software, allowing users to log and analyze completed trips as well as store and organize an unlimited number of waypoints. Keeping hassle to a minimum, a USB cable serves double-duty as both data link and battery charger. It retails for $499.