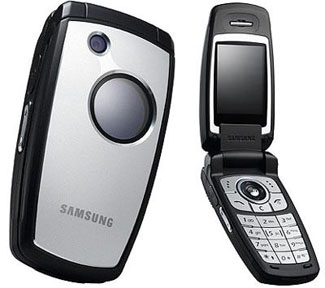 Samsung and CSR announced today that the Samsung SGH-E750 and SGH-E760 mobile phones will use the BlueCore3 ROM with MP3 support. This means that both of Samsung’s handsets will be able to stream MP3 music files wirelessly to Bluetooth headsets.

The SBH100 headset uses CSR’s BlueCore and, as with standard mono Bluetooth headsets, also enables handsfree voice calls. The SGH-E750 and SGH-E760 are expected to be available on GSM networks worldwide in Q4 2005.

By incorporating CSR’s BlueCore3-ROM into the SGH-E750 and SGH-E760 handsets, Samsung can not only offer its customers the robust file transfer and handsfree capability of traditional Bluetooth but also the capability to stream MP3 music files wirelessly. BlueCore3-ROM is currently the only Bluetooth technology to offer native MP3 support, thanks to its internal CODEC, software and DSP. These features combine to reduce power consumption of the Bluetooth device as well as reducing the space taken on the circuit board and thus overall bill of materials. MP3 music streams also offer better audio quality and require lower data transfer rates than the Sub Band Coding (SBC) format used by other Bluetooth silicon vendors.

In order to support music streaming and handsfree call handling from a Bluetooth stereo headset, the handsets support the Advanced Audio Distribution Profile (A2DP) and Audio Visual Remote Control Profile (AVRCP), which allows calls and music to be controlled from the headset. BlueCore Host Software (BCHS) is integrated into the handset to reduce power consumption of the Bluetooth device since it implements all of the Bluetooth lower power modes such as deep sleep, helping to reduce overall device power consumption. This allows the user to take full advantage of all handset features without draining battery life.