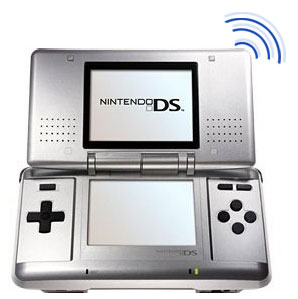 The popular Nintendo DS handheld device will now provide gamers with a wireless gaming experience, two people can play head to head with Mario Kart and Animal Crossing over Wi-Fi. The company made a formal announcement in this regard on Wednesday and the new Wi-Fi addition is meant to boost the sales of its flagship game device.

The wireless emphasis is also being viewed as Nintendo’s attempt to stay ahead of competition in the $4.5 billion portable gaming market where Sony has recently emerged as a formidable challenger with its PlayStation Portable. Using the DS, gamers will be able play games online at home or at Nintendo-sponsored or independent hotpots for wireless access.

The wireless Nintendo DS device will be first made available to gamers in Japan and the US starting from next month. In Japan, the company has planned to set up wireless hotspots for this purpose. Nintendo has chalked out a similar plan for the US markets where it will be establishing thousands of free Nintendo Wi-Fi connection hubs.