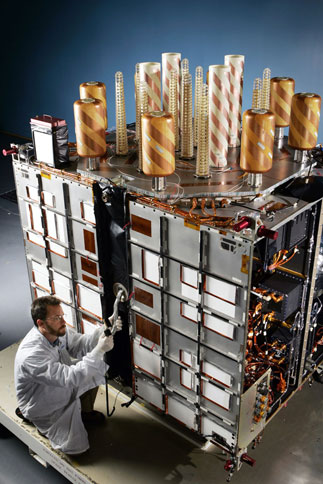 The US Air Force has successfully launched its first modernized Global Positioning System (GPS) satellite on Monday. Billed as the most technologically advanced GPS satellite, it was the first of the series of eight satellites to be subsequently launched in the near future. Developed by Lockheed Martin, a global major in everything we don’t know about, and aren’t allowed to know about technology, the most advanced GPS satellite is slated to provide improved navigation performance for U.S. military and also civilian users worldwide. The satellite has been developed at the Navstar GPS Joint Program Office, Space and Missile Systems Center at the Los Angeles Air Force Base, California. 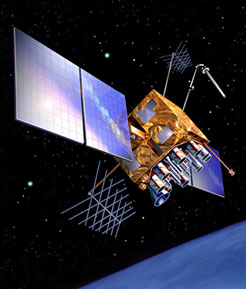 Speaking on the occasion, Leonard F. Kwiatkowski, Vice-President, Lockheed Martin said “The GPS IIR satellites on orbit today have enabled significantly improved navigation performance around the globe and we look forward to providing even better capabilities such as increased GPS power, accuracy and integrity with the modernized spacecraft.”

Presently, there are 28 GPS spacecraft in the orbit assisting US army in navigational inquiries, 12 of which are fully operational Block IIR satellites developed over the years for better global coverage. The newly launched modernized series have been categorized as GPS IIR-M and promises to offer a host of advanced features including a modernized antenna panel for increased signal power to GPS receivers, and two new military signals for enhanced encryption and anti-jamming performance for the military. Like its peers, GPS IIR-M will also be managed and operated by Air Force Space Command’s 2nd Space Operations Squadron (2SOPS), based at Schriever Air Force Base, Colo. Hope, the new advanced satellite will help the US military to track down some of the prominent names of its most wanted global list who have managed to successfully dodge them for too long.