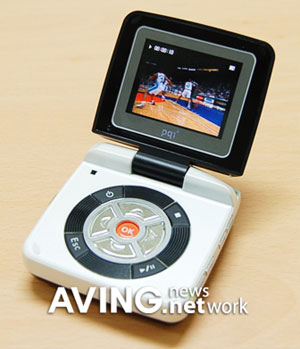 PQI Taiwan is planning to release the smallest PMP, the ‘mTrix’, in Korea early October.

Being dubbed as the smallest personal media player, the ‘mTrix’ PMP is equipped with a 2inch TFT-LCD and only weighs 115g. This PMP is aimed towards women customers.

The specs are not so great, with only 32MB NAND flash memory, lucky it has MMC/SD expansion slots. Video formats supported are MPEG and DiVX, support for JPEG, MP3/WMA/WAV files is also added. The price is expected to be only around US $150.