Palm today announced that their latest Treo 700 smartphones to be released will use the Microsoft Windows Mobile 5.0 platform. The new Treos are to be offered first on Verizon Wireless’ national network in the United States by early 2006.

The Treo is stepping up to the well known RIM Blackberry device, it offers mobile communications solutions via Outlook Mobile, Office Mobile and Internet Explorer Mobile built-in, a great suite of tools for the mobile professional. Direct access to Exchange Server 2003 is also supported.

“We’ve long believed that the future of personal computing is mobile computing, and our collaboration with Microsoft is a historic step in delivering that vision to a larger market,” said Colligan. “We’re confident customers will see a differentiated smartphone that delivers our world-class usability on Microsoft’s flexible and robust Windows Mobile operating system. We collaborated with Verizon Wireless first because of its high-speed wireless network and growing footprint of BroadbandAccess cities.”

With the release of the new Treo 700w, PalmSource has lost out and it seems that Microsoft and Palm together will be battling RIM. It will be interesting to see how RIM will counter this product announcement, it has been some time since we saw a new Blackberry design. 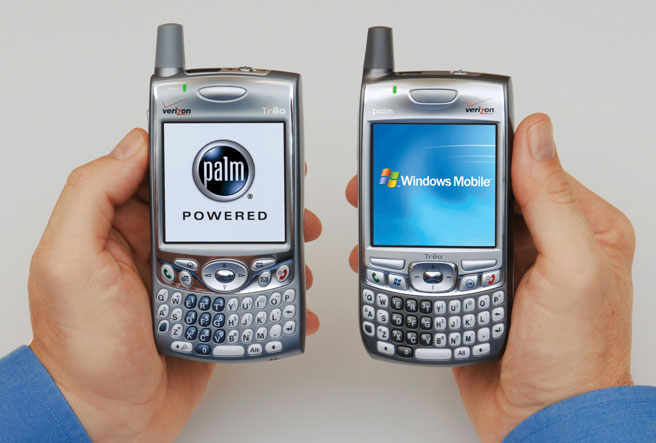