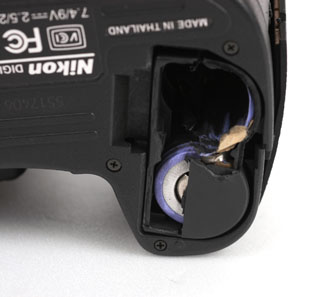 We have reported in the past on after-market and imitation OEM batteries of various Nokia cell phones having exploded. It just goes to show you that no matter what device you have, you still have the risk of damaging your equipment or yourself when using fake batteries.

After a woman returned from her trip in Europe, her digital camera exploded. The main cause was the imitation Lithium-Ion battery, they do not come equipped with a safety device and circuit protection; this may be why they are so cheap to begin with. Nikon has started to attach genuine product holograms since the summer, to allow customers to distinguish between fake and real batteries. If the camera was being used at the time of explosion, the woman could have suffered severe eye and hand injuries. 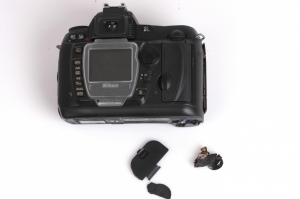