Epson has announced an upgrade to their P-2000 Photo Player. The new version, the P-4000 doesn’t have many upgrades to its predecessor except for a bigger 80GB hard drive and a higher capacity battery.

The Epson P-4000 is a portable multimedia storage and viewer that allows you to dump your digital camera’s memory card onto the device for viewing and backup storage. The unit has the ability to store and view images in either RAW or TIFF and even displays exposure and EXIF information. Supported picture card formats include CompactFlash II and SD.

The viewer also has support for MPEG-2/4 video, MP3, and ACC. So basically in addition to the photo capabilities it is also a PMP! It even has the ability to output to TV. Expect a street price of around $650 when it hits. 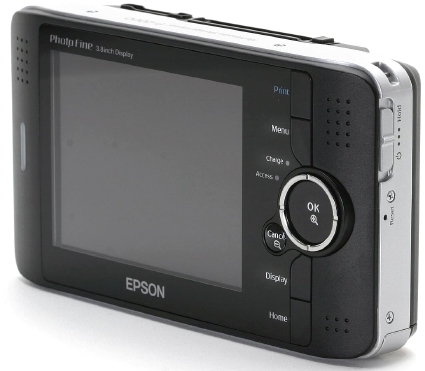