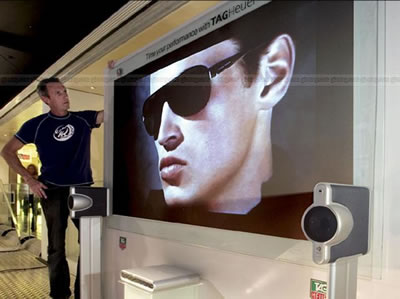 Claro TV has already mesmerized consumers, especially in the developed markets with a series of stunners in the past, has now made some significant additions to its offering line. Billed as the best by many in high-end television and home entertainment enthusiasts, the company has now released a series of television sets available in the size of 102” or above. The key calling card of Claro television sets have been their high quality glass designing which can fit into any environment.

The new sets belong to the category of super large flat screens and offer the latest in projection technology with cutting-edge screen as well as display materials. The company claims that these sets with Holoscreens will deliver remarkably bright and sharp image quality even under direct sunlight. These sets are also well equipped to receive any input from sources like DVD, TV tuner, PC, and games console and can easily switch roles between a TV and a computer screen.

The screen is available in the dimension of 1.5m x 1.0m rectangle of 10mm glass with a 610mm x 814mm sheet of attached translucent. The users will also have the facility to position high end Ferguson Hill FH001 speakers on either side of the screen. Like their previous versions, they could be easily fitted into the walls or could be easily placed wherever you want. It seems that in designing these sets, Claro has once again left no stone unturned in brining back its WOW factor.