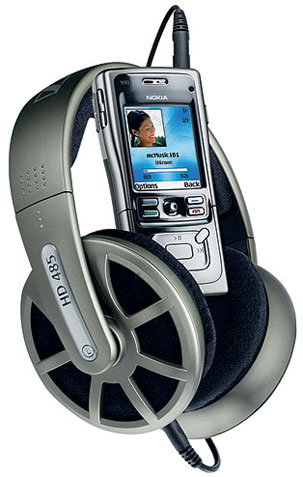 Nokia announced that they will be delaying the release of their N91 music mobile phone to the first quarter of 2006. The firm originally planned the launch of the N91 for the last quarter of this year, just in time for the Christmas season. However, Nokia now states that the postponement is to ensure that its music phone is compatible with an extremely wide array of music platforms and will be a true mobile music device.

“What we basically decided is that we will postpone it a few weeks, push it out to Q1 and do this Microsoft DRM implementation solidly,” according to VP of Music at Nokia’s Multimedia division Jonas Geust.

Microsoft’s Digital Rights Management (DRM) platform provides users more control over the transfer of audio files between their PC and mobile phone. And so unlike Apple and Motorola’s iTunes mobile phone (where users can only transfer audio files from their PC to their mobile phone), Nokia wants N91 users to be able to freely select how to get their music, be it from CDs ripped to a PC, from online Internet stores, or from their mobile network operator.

Nokia’s N91 mobile phone is said to feature a 4GB hard drive that can store up to 3,000 songs. It will operate on high-speed 3G and wireless LAN networks.