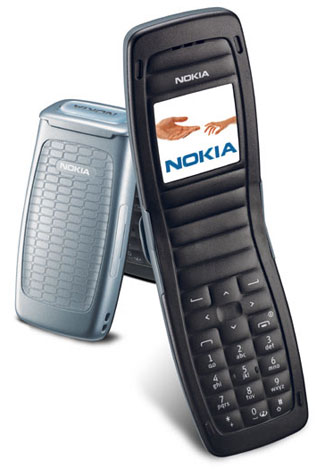 Nokia today has introduced the low-cost Nokia 2652 foldable mobile phone. It is expected to reach global emerging markets by October 2005 for a price of around 100 EUR.

Targeted primarily to Europe, Middle East, Africa and the Great China region, Nokia’s 2652 cell phone will be available in dark grey and pearl white designs for consumers to choose from.

Not many details were released on the handset, the main factor of its release is the affordability and design. Nokia would like mobile carriers to be able to offer a handset with service to consumers for as little as US $5 per month. It does seem unreal at this point in time, especially in North American markets with average carrier service fees over the US $45 mark per month. However, if it is part of Nokia’s agenda, they are bound to make it happen.

Earlier this summer, Nokia sold their one billionth mobile phone – a Nokia 1100 sold in Nigeria,” says Öistämö. “It will be new growth markets like Nigeria that will fuel the growth towards three billion subscribers by 2010.”

Some interesting Nokia Facts from their press release;

– Since Mobira Senator car phone introduction in 1982 to the Nokia 2652 introduction today, Nokia has introduced around 400 phone models to all major analogue and digital standards.

– Nokia’s first iconic product, the Nokia 2100 series that was introduced in 1994, sold nearly 20 million units in its time.

– Nokia consumes 100 billion components on annual level. On average, one phone includes up to 400 components.